My mom recently told me that she's never had any sort of fried cake she enjoyed. Me and my friend Peyton took that as a challenge, to us, corn makes everything better. It adds a sweet pop to every bite, accompanied with a little spice is just perfect. So we made corn cakes! These corn cakes happened to be the first fried cakes she's ever liked!

Our own addition was a handful of chopped cilantro and some extra corn ;) After making it the first time I made another three batches within the next three days. My first thought was that frying things is just too much mess and too much work, I won't deny the oil left a little mess but it was a super easy recipe!

My mom suggested we add a little sauce, very simple, just mayonnaise and sriracha (an Asian hot sauce.) I know it looks like a pretty little drizzle in the photo but as soon as we were done, we added a whole lot more sauce because they just complimented each other so perfectly you simply couldn't go light! Of course if you don't like spicy you can just add a little more mayo than sriracha. 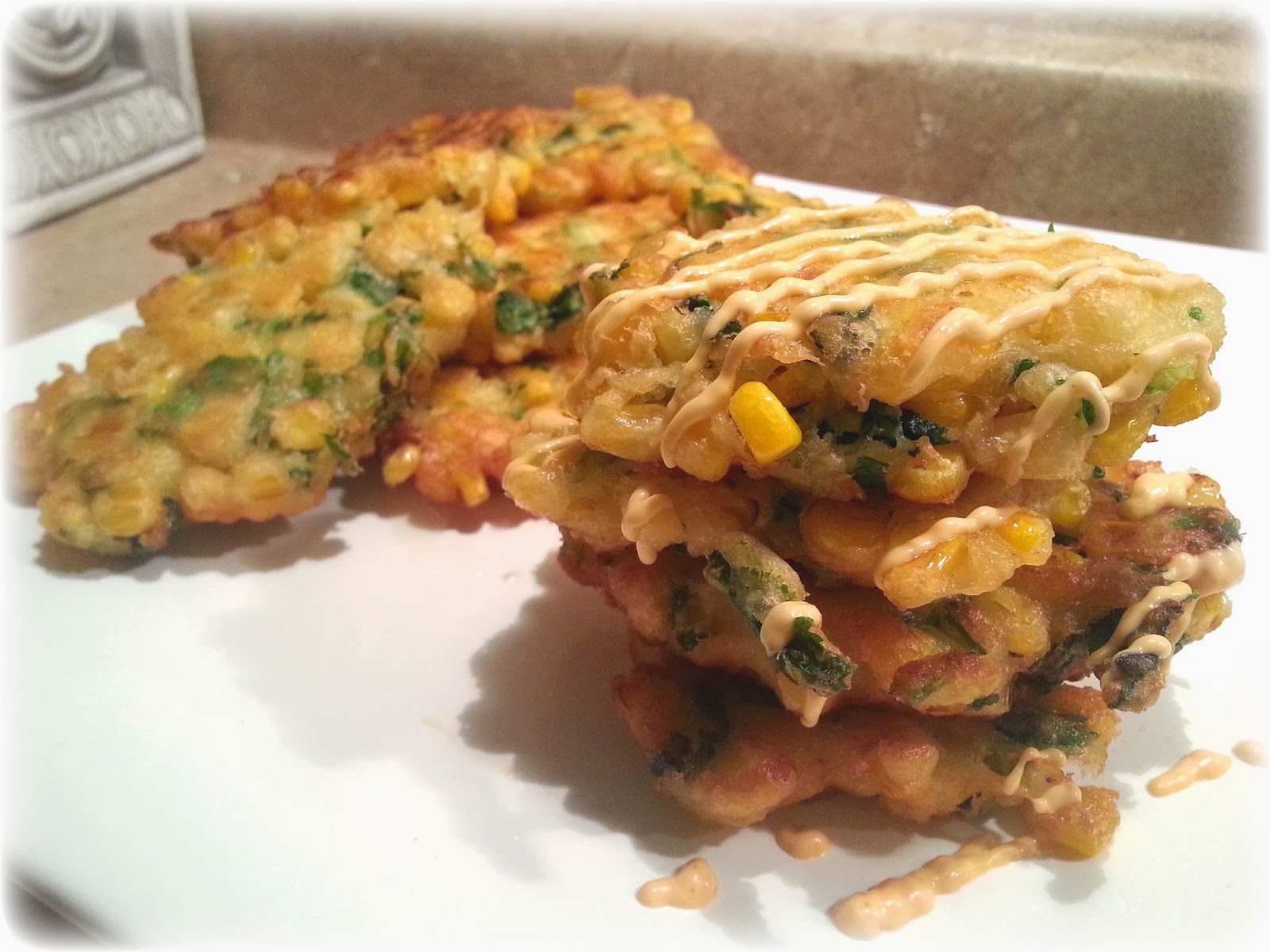 Chloe Pollacco
Hi, my name is Chloe Pollacco and I am 16 years old, I started this blog, My Frilly Apron, because I love cooking and baking. Ever since I was able to reach the countertops I was experimenting with the herbs from my mom's garden and trying to make salads. Now I go through my mom and grandmother's favourite recipes one by one along with recipes I find in books from the library and on pinterest. I want to share my successful recipes and how I've tweaked them in order to get the perfect outcome! Hope you have as much fun trying them as I did!